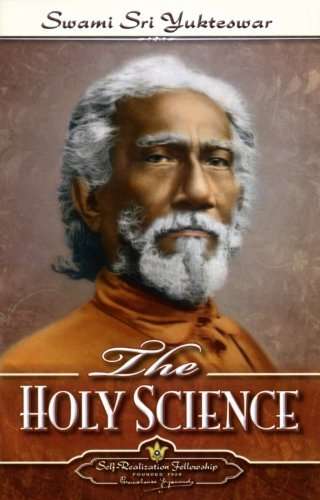 (From the Preface to Autobiography of a Yogi by W.Y. Evans-Wentz, M.A., D.Litt., D.Sc., Jesus College, Oxford: Author and translator of many classic works on yoga and the wisdom traditions of the East, including Tibetan Yoga and Secret Doctrines, Tibet s Great Yogi Milarepa, and The Tibetan Book of the Dead.)

It has been my privilege to meet one of the sages whose life history is herein narrated Sri Yukteswar Giri....It was at Puri, in Orissa, on the Bay of Bengal, that I encountered Sri Yukteswar. He was then the head of a quiet ashrama near the seashore there, and was chiefly occupied in the spiritual training of a group of youthful disciples....Sri Yukteswar was of gentle mien and voice, of pleasing presence, and worthy of the veneration that his followers spontaneously accorded to him. Every person who knew him, whether of his own community or not, held him in the highest esteem. I vividly recall his tall, straight, ascetic figure, robed in the saffron-colored garb of one who has renounced worldly quests, as he stood at the entrance of the hermitage to give me welcome. His hair was long and somewhat curly, and his face bearded. His body was muscularly firm, but slender and well-formed, and his step energetic....I am glad, indeed, to be able to record this testimony to the high character and holiness of Sri Yukteswar. Content to remain afar from the multitude, he gave himself unreservedly and in tranquility to that ideal life which Paramahansa Yogananda, his disciple, has now described for the ages.

How to Predict Your Future

How to Be a Great Astrologer

The Wisdom and Way of Astrology