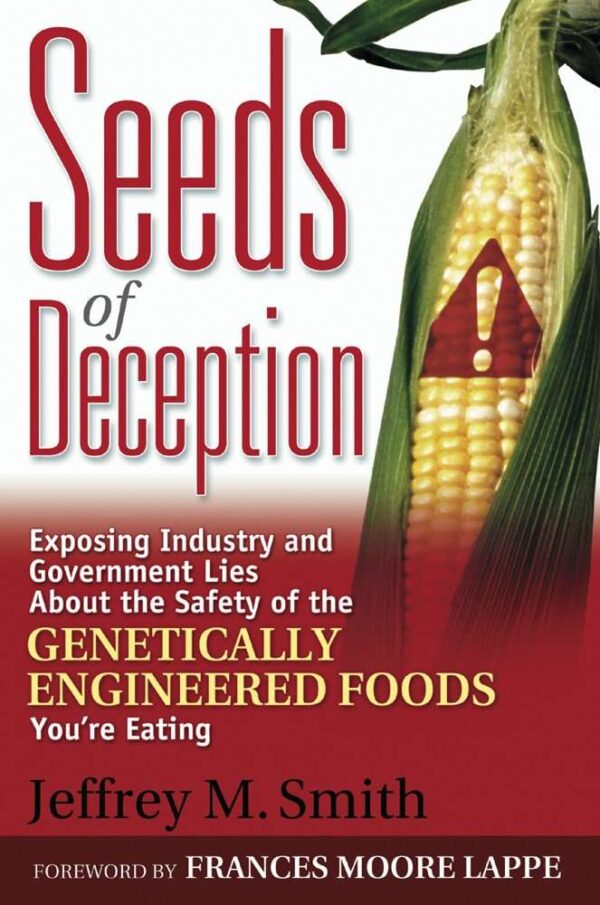 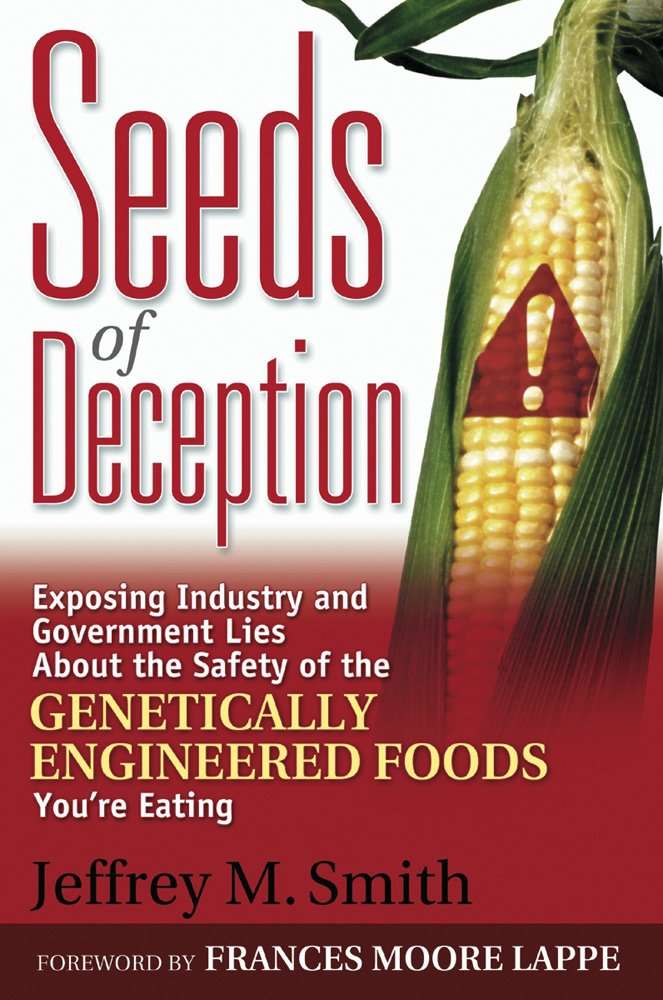 Without knowing it, Americans eat genetically modified (GM) food everyday. While the food and chemical industries claim that GMO food is safe, a considerable amount of evidence shows otherwise. In Seeds of Deception, Jeffrey Smith, a former executive with the leading independent laboratory testing for GM presence in foods, documents these serious health dangers and explains how corporate influence and government collusion have been used to cover them up.

The stories Smith presents read like a mystery novel. Scientists are offered bribes or threatened; evidence is stolen; data withheld or distorted. Government scientists who complain are stripped of responsibilities or fired. The FDA even withheld information from congress after a GM food supplement killed nearly a hundred people and permanently disabled thousands. While Smith was employed by the laboratory he was not allowed to speak on the health dangers or the cover-up. No longer bound by this agreement, Smith now reveals what he knows in this groundbreaking exposé.

Today, food companies sell GM foods that have not undergone safety studies. FDA scientists opposed this, but White House and industry pressure prevailed and the agency’s final policy–co-authored by a former Monsanto attorney–denied the risks. The scientists’ concerns were made public only after a lawsuit forced the agency to turn over internal documents.

Dan Glickman, former Secretary of Agriculture, describes the government’s pro-biotech mindset: “You felt like you were almost an alien, disloyal, by trying to present an open-minded view. . . . So I pretty much spouted the rhetoric. . . . It was written into my speeches.”

In Seeds of Deception Smith offers easy-to-understand descriptions of genetic engineering and explains why it can result in serious health problems. This well-documented, pivotal work will show you how to protect yourself and your family.